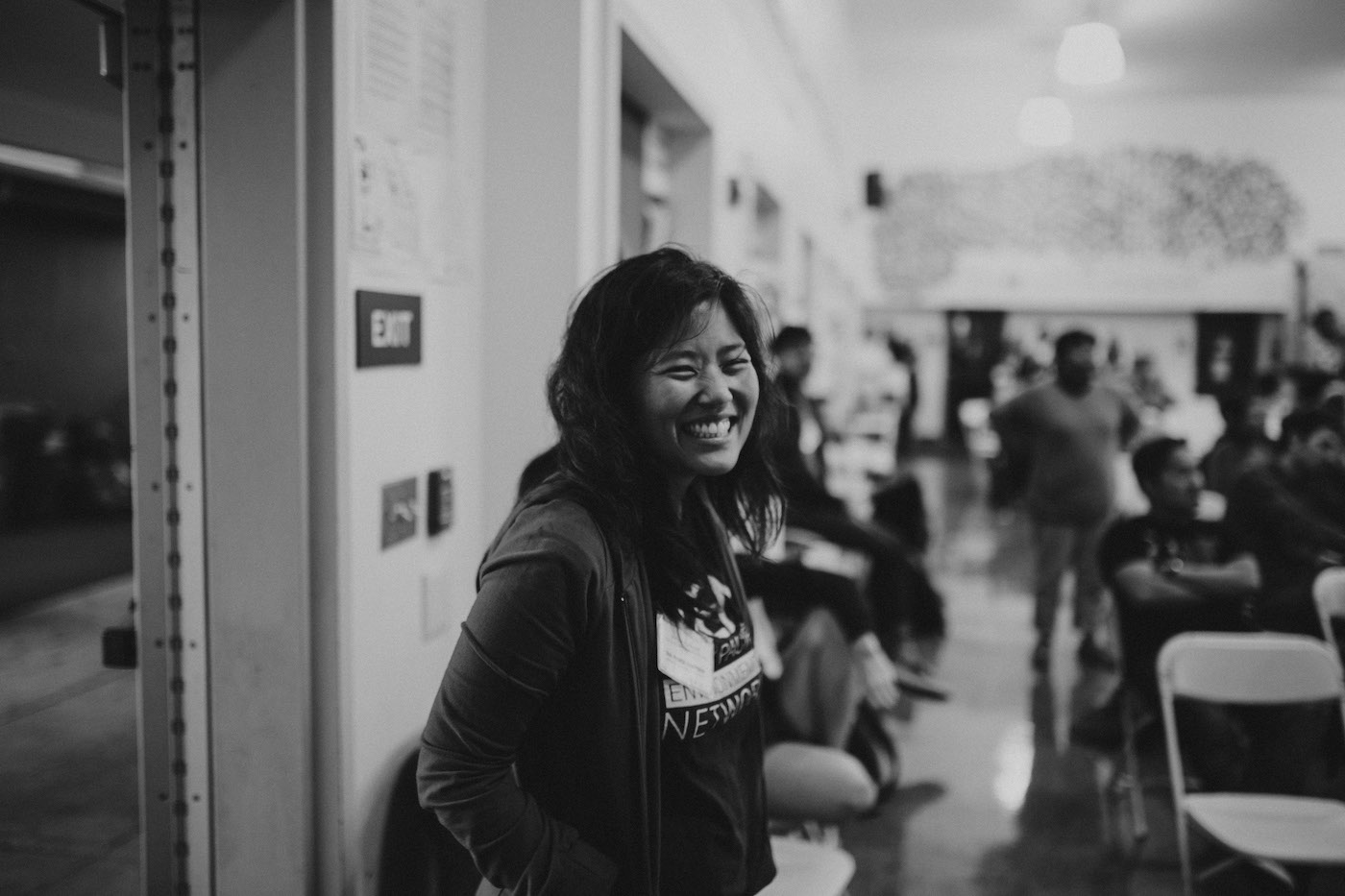 Please see the statement below by Vivian Yi Huang, APEN’s new incoming Co-Director, about Miya Yoshitani’s transition out of her role as Executive Director and Vivian’s vision for APEN.

In my time working with Miya, I’ve learned a lot from her about the importance of building power for immigrant and refugee communities. In every campaign, policy proposal, and public process, who holds power dictates whether we get more of what our world needs to thrive or whether we become further entrenched in extraction and harm. While Miya is transitioning out of her role as Executive Director, her focus on building power continues.

As many of you know, I will be stepping into the role of one of APEN’s new Co-Directors at the end of this year. I came to APEN in 2010, after nearly a decade working on California state policy for immigrant rights and language access. We had won some important policy changes to improve access to health care, education, and government services, but without a base of community members driving policy solutions and a connection to deep community organizing, it was difficult to win the systemic changes our communities really needed. I wanted to work alongside immigrant and refugee community members who were building power and standing up to big corporate interests to address the issues that matter most to our communities.

Growing up, my family moved around often, but my childhood years were especially formative. Being one of a handful of Asian families, we found community with other Chinese immigrant families. Without extended family nearby, the other Chinese folks in our area became family — the people we had weekly dinners with and whose houses you would get dropped off at after-school while your parents worked.

At APEN, I found a similar sense of community — one that was rooted in shared vision and values. In 2014, we were at the height of a campaign to stop the expansion of the Chevron Richmond refinery. APEN members would wait for hours to testify at hearings, surrounded by Chevron employees who openly taunted our Laotian elders for not speaking English. New to these types of campaigns, I personally found it overwhelming and scary to confront the extent of power that corporate money can buy. But our APEN members were undeterred. I was inspired, seeing our elders stand together and hold their ground because they believed that their experiences and desires were important and worth sharing with decision-makers. They were grounded in the belief that together, they could shape a healthier, more just future for their children and grandchildren. 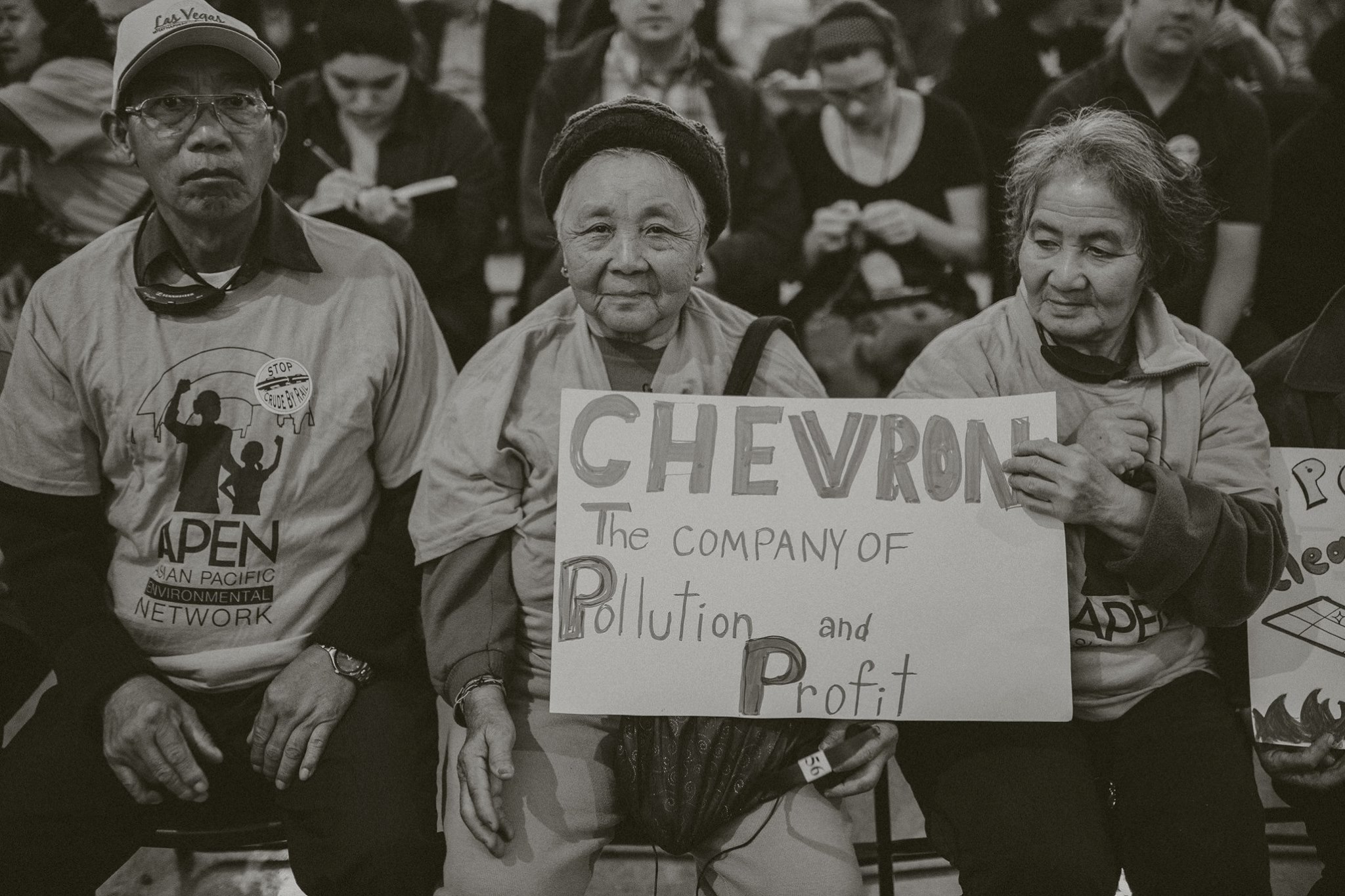 That same year, people from frontline communities all over the country came to Richmond to learn from one another and to be in solidarity as part of the newly formed Climate Justice Alliance. I realized that we were part of something bigger than ourselves and our organizations — we were part of a much bigger movement of people organizing for justice, health, and healing.

APEN has grown so much since then, and in many ways, we’ve become the organization that I looked for many years ago — one with deep roots in immigrant and refugee communities, where the people most deeply affected by the crises we’re facing are at the center of designing solutions, and that is building the political power we need to win the deep systemic changes that our communities deserve.

In the coming years, APEN will deepen our roots and build power for working class Asian immigrant and refugee communities. We will steward a just transition to decommission our fossil fuel infrastructure and repair the harm that the oil and gas industry has done to workers and communities. We’ll invest in building the climate resilient communities that APEN members imagine where everyone has what they need to thrive.

To do all this, we need to deepen our organizing and invest in building a new generation of grassroots Asian leaders in Richmond, Oakland, and across California. That work takes time, and it takes resources.

We need your support to carry Miya’s legacy forward and build power in California’s Asian immigrant and refugee communities. Donate to our Grassroots Asian Environmental Leadership Fund now to support our organizing in 2022 and beyond.

I’m so excited to be in this movement with you. Thank you for standing with us at this critical moment.

This year, California’s Air Resources Board (CARB) is developing its 2022 Scoping Plan, a blueprint for California’s climate policy for the next 20 years.

So much is on the line: Our air. Our homes. Our health. #OurClimateFuture

Join us on May 12 at 6pm for a virtual rally and direct action calling on CARB to protect #OurClimateFuture!